A specialty of the "Romantic" Lodge Fare Pea Iti

Progress of the ceremony

The entire site, the beach and the pontoons are decorated and flowered.

- The promised, will be surrounded by exotic beauties that will prepare for the ceremony.
It will be massaged, fragrant, flowery, crowned and dressed to the sound of singing vahines.

- The future groom meanwhile, will be dressed and adorned with a temporary tattoo, and then taken away in a canoe. Accompanied by Tahitian he must prove that he can feed his family by catching at least one fish with his spear.

- Back on the beach, the man will be welcomed to the sound of Pu (shell) with his future wife and vahines. Together, they head toward the center of the beach where the wedding ceremony will begin.

- The traditional Tahitian priest, Mr Tavita, unite them in the purest Polynesian rule and prepare for them their official document of Tahitian wedding on a “tapa” (bark struck forming a sort of parchment).

- To close the event, a show will be offered including songs, music and dances.

- Finally, they will be invited to share a glass of champagne alone at the end of the pontoon facing Bora Bora.

We lend to the couple all the accessories needed for that day: Pareos, flower crowns and jewelry.
The bottle of champagne is offered ... 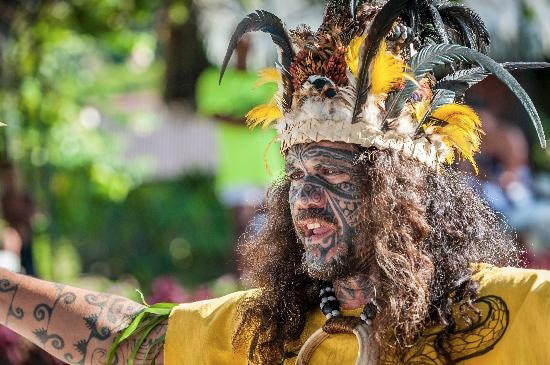 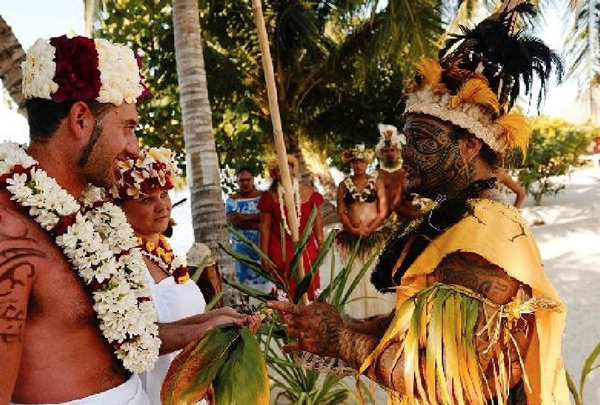 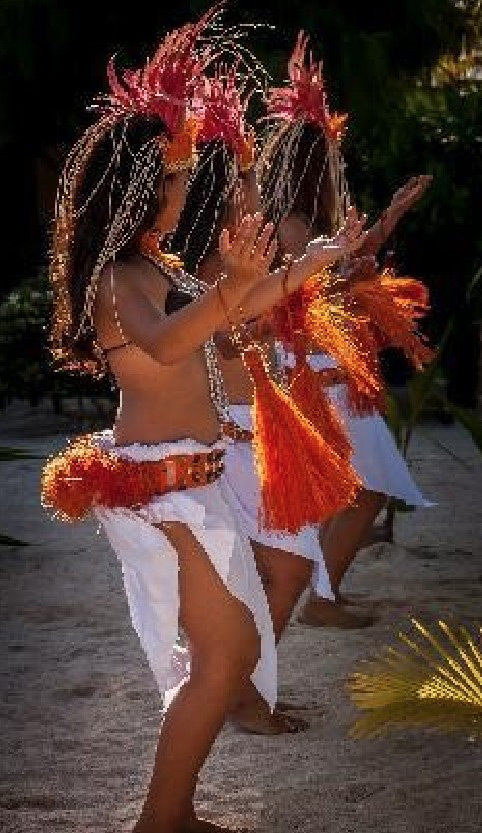 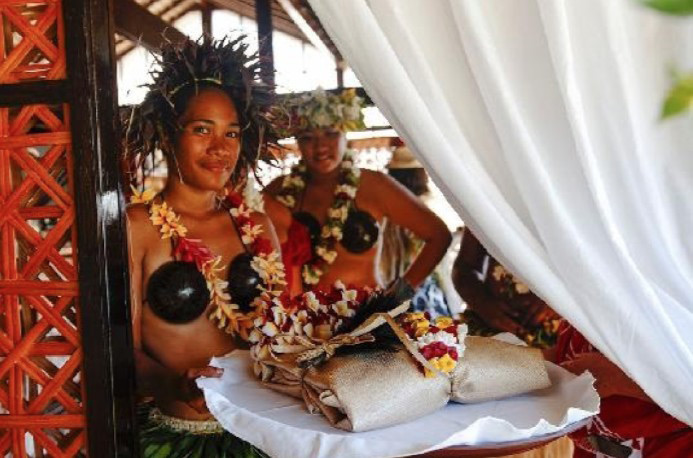 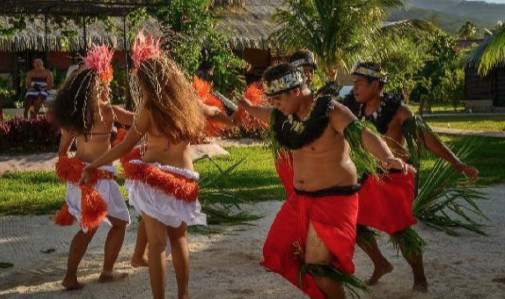 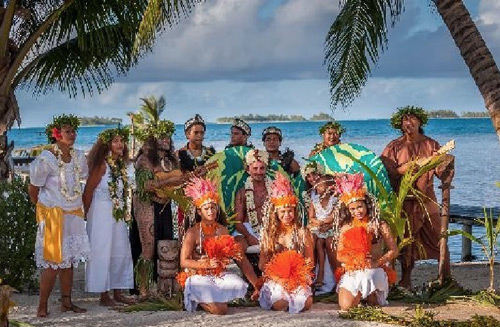